After several trips to area shelters, and many hours searching for many months online, I thought I found a match online at Broward Humane Society.
I went out to the shelter and wandered the kennels to find a dog named Shadow and told her I’d be back. Two kennels down Shayna was with a Rottweiler mix named Summer.  I said “Hi” to both and went to the office to see about meeting Shadow.

I was led to a room with a window into the hall and was provided with info about Shadow.  I agreed, and the aid went to get Shadow for me to meet.
She returned a few minutes later with this beautiful female black lab mix.  She brought Shadow into the room,  closed the door,  and… Shadow looked at everything but me!  I called her name.  I snapped my fingers.  Nothing.  Not even eye contact.  She was more interested in the dogs in the hall. The aid asked if I wanted to try some treats.  “What’s the point if she won’t even look at me?”

What about the other black lab?”, I asked. After getting the info on “April” I asked to see her.  The aid took Shadow back and returned a few minutes later with April . The pictures below, taken at Broward Humane 2 minutes after meeting her, tell what happened next.

I called her name, and she looked at me.  I said “April, Sit” and she did.
This was the required test to pass. 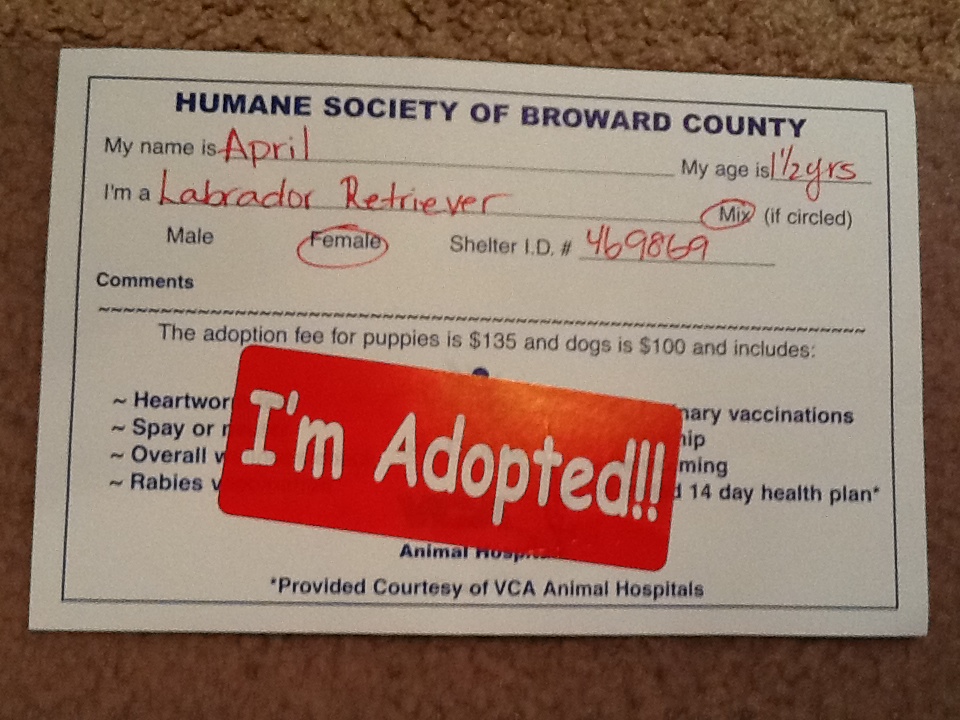